What’s the Difference Between a Barber and a Cosmetologist? 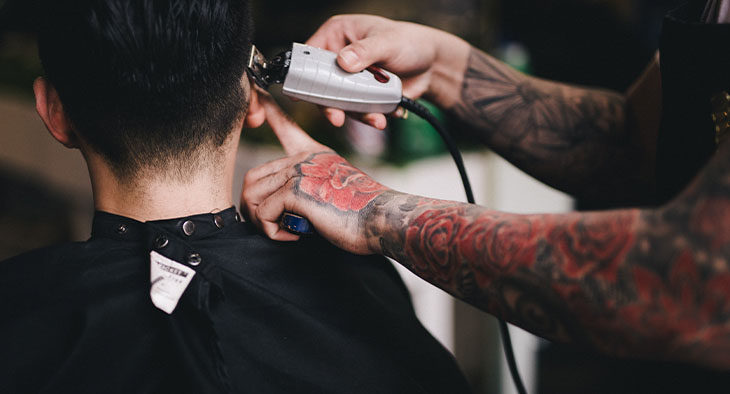 Barbers and cosmetologists have a lot in common, especially considering their day-to-day work. Indeed, the two professions overlap almost universally. Both shampoo, cut, and style hair and both are licensed for other tasks that are usually considered to belong to one profession or the other, including perms and manicures. Nevertheless, there are key differences in licensing that can make the overlap sometimes hard to understand.

In North Carolina, there are 2 licensing boards: the North Carolina State Board of Cosmetic Arts governs cosmetologists, and the NC Barber Board governs barbers. While licensees can legally perform each other’s services, each licensing body has different requirements for education and examinations. Specifically, both boards are seeking candidates who understand sanitation, anatomy, and state laws and regulations. However, the barber board expects graduates from a barber school to be able to perform a 14-point straight razor shave at its licensing exam. Nevertheless, cosmetologists are legally allowed to do the same shave but are not tested on it at their state board exams. On the other hand, cosmetologists are tested on foil placement; again, barbers can legally do color services including foiling, but they aren’t tested on it at their exam.

Of course, education and testing is only the beginning for either career. Once schooling is complete, the licensing process in North Carolina is different for the professions. For a cosmetologist, the candidate completes schooling and takes a written and practical test. The then-licensed professional is never again subject to another formal examination in order to keep a cosmetology license. On the other hand, once a barber graduates from school and takes an initial set of exams, he or she is registered as an apprentice and must work under the guidance of a master barber for a period of one year before re-taking the board’s exams to qualify for a master barber license. Obviously, it’s super important that someone who is considering either profession should do full research to make sure the correct training and licensure is initially obtained. There is no crossover in North Carolina to change career paths; instead, a candidate would need to complete the training in the other discipline if it was discovered that the wrong training was selected.

There are 2 very frequently asked questions about the differences in professions.

Can a cosmetologist perform straight razor shaves?
The North Carolina State Board of Cosmetic Arts Examiners defines a cosmetologists’ scope of practice as “the act of …cutting…the hair of a person by any means” including a straight razor. (NC § 88B-2.8a) So, the short answer is yes.

Call us to see if our Men’s Grooming Program is right for you!